Global Summit of the Coalition to End Sexual Exploitation

Our Executive Director and Legal Counsel, Ryan Smit, had the privilege to visit Washington DC from 2 to 12 April as part of the scoping phase of a new initiative to Educate and Empower South African individuals, families and communities to effectively combat the scourge of pornography and to Eradicate it from our society.

Here is Ryan, giving us a taste what he experienced on this two-week overseas visit:

Hi all,
As with all overseas trips, I had a smashingly great time on the whole, but my destination being a couple of time zones to the West, there was initial pain involved – no pain, no gain, hey?!

The outward journey started at Cape Town international on Sunday, 1 April and ended about 26 hours later at Dulles International Airport, via Dubai with Emirates, on Monday morning, April 2nd. I met the first of the 11 other South African delegates on the airport transfer on the way to our hotel – the Hyatt Regency Dulles. Once arrived, I tried to stay put and rest, apart from one short walk to a neighbouring hotel to meet the second of the SA delegation.

Not much juice in the legs yet, but I did get to spend good time with the Founder and President of Covenant Eyes, Ron de Haas, and his wife, Jeanne, on a chance meeting in the hotel lobby. Coalition building starting already!

The day kicked off in grand fashion, as I collected my birthday present (from my wife and delivered to the hotel) at hotel reception – and what a (box full of) present(s) it was! The main gift was a laptop carrier sleeve, but the half a kilo Snicker bar stood out most, no doubt! The Lincoln dvd is probably my favourite. 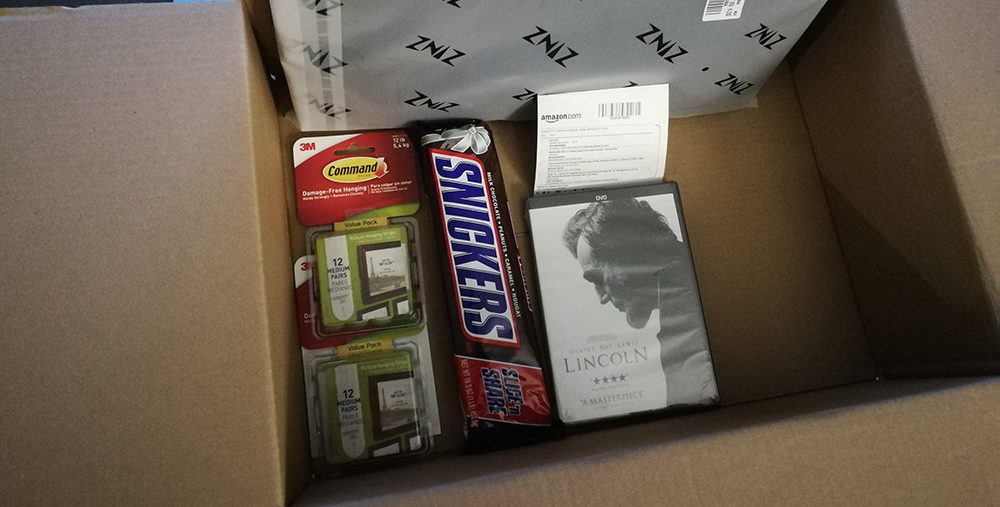 Then followed registration, some settling in and session 1: “Day on the Hill: How to Communicate for Change with Policymakers.” Some brave Saffa’s, who had no clue they were jet-lagged, attended the afternoon canvassing of Congress men and women at the U.S. Capitol (U.S. Houses of Parliament), while some others (including me) attended strategy sessions at the Summit Venue. The day ended with a Networking and Dessert Reception, where in true South African fashion, the SA contingent sang “Happy birthday” and endowed me with a monster slice of chocolate cake, with a candle on top! What class! Birthday many thousands of kilometres from home – A SUCCESS!

Thursday saw the start of the Summit proper, with a jam-packed programme including plenary sessions and break outs covering the whole web of sexual exploitation from pornography, child sexual abuse material, sexual abuse and violence, prostitution, sex trafficking and more.

Over the course of the next three days, we the delegates/attendees were mesmerised by the knowledge and expertise of the speakers, presenters, facilitators and panellists.

Some of the biggest names in the fight against sexual exploitation, dazzled and impressed the audience to no end. I got to meet and greet, spend time in deep conversation and reflection, and share menial conversations with global experts – the likes of Dr. Melissa Farley (http://prostitutionresearch.com/), Melinda Tankard Reist (https://www.collectiveshout.org/), Prof. Donna Hughes (http://digitalcommons.uri.edu/dignity/), Kristen Jenson, author of the best-selling book, “Good Pictures, Bad Pictures” (https://protectyoungminds.org/), and many, many more.

The Summit also included the celebration of one of the most momentous occasions in the fight against sexual exploitation on American soil for many decades – the passing of the so-called FOSTA-SESTA legislation by the U.S. Congress (Federal Parliament). Arguably the highlight of the whole Summit. The story behind it all is one that started off with heart-ache and ended in triumph!

At the end of four gruelling but highly fulfilling days, packing it all up and saying goodbye was no small matter, but had to happen nonetheless on Sunday, April 8th. With lots to think back on and even more to look forward to!

Monday and Tuesday presented opportunities to explore the famous landmarks of the capitol of the United States. I got to meander along the Mall, spend time in a couple of the Smithsonian museums and visit monuments and memorials with friends from home, Dieter and Carol Lubbe of Pinion Project, who had also attended the Summit.

Wednesday and Thursday, on the other hand, was work – paying an office visit to the NCOSE. I was privileged to share in their post-Summit celebrations, attend morning staff meeting and conduct a number of interviews with key staff members, to learn as much as possible in two days of focussed interactions with the leaders of the global movement.

And so ended an eventful and purpose-filled two-week visit to the U.S.! And there is also the prospect of a quick return, for a somewhat longer visit..

With Dawn Hawkins and Patrick Trueman of the NCOSE 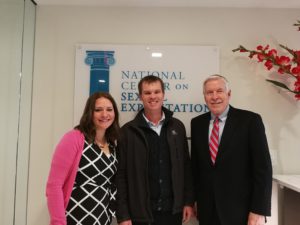 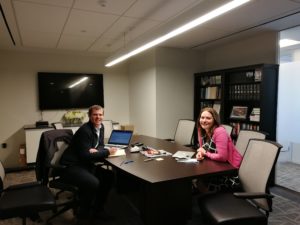 ← Persons in prostitution are people with rights. May their human dignity never be for sale! UPDATE on Learner Pregnancy Policy: Meeting with Department regarding CSE – August 2018 →
BACK TO BLOG
MAKE A CONTRIBUTION