Workshop on prevention and response to child exploitation exceeds expectations

Cause for Justice (“CFJ”) and the City of Cape Town co-hosted a training workshop on the Prevention and Combatting of Trafficking in Persons Act (“TIP Act”) and the Guidelines on the Prevention of and Response to Child Exploitation (“the Guidelines”) from 19 to 22 November 2019 in the Strand, Western Cape. The workshop was presented by Ms Gyan Dwarika of the National Department of Social Development.

In attendance were social workers, educators, social service and legal professionals, officials from the City of Cape Town, representatives of the National Prosecuting Authority (“NPA”), the South African Police Service (“SAPS”), the Department of Social Development (“DSD”), the Department of Employment and Labour (“DEL”), the Film and Publication Board (“FPB”), and members of anti-trafficking and human rights organisations. 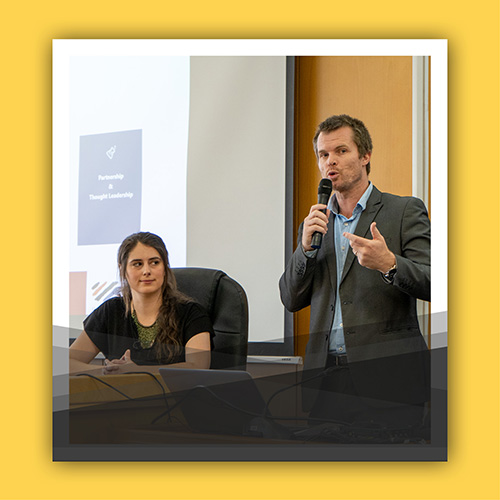 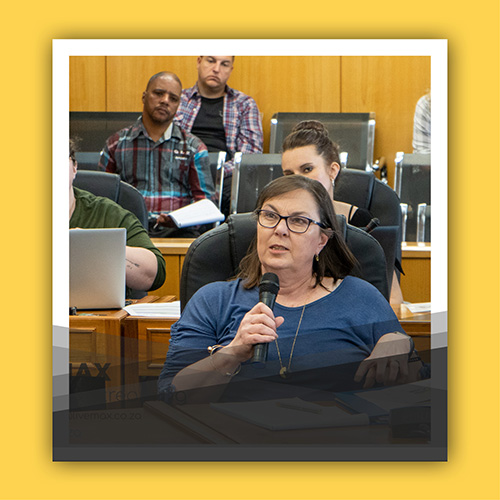 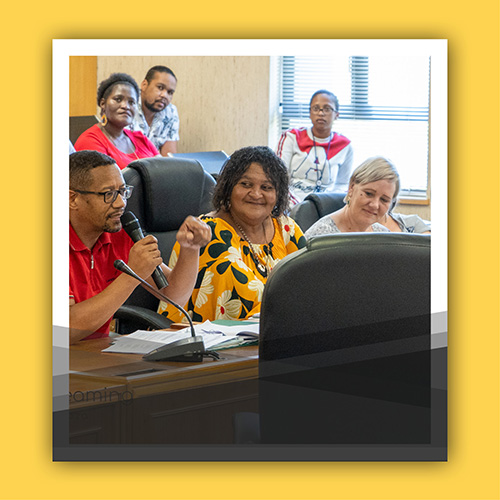 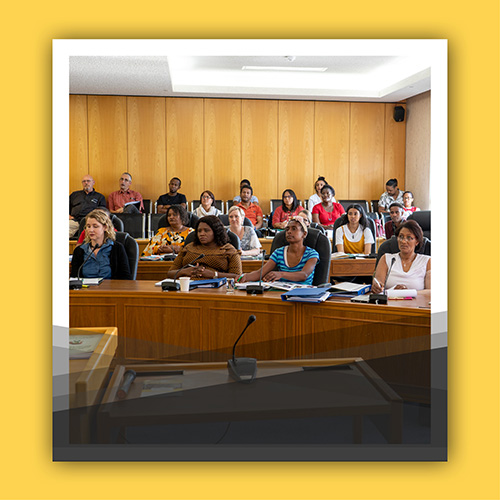 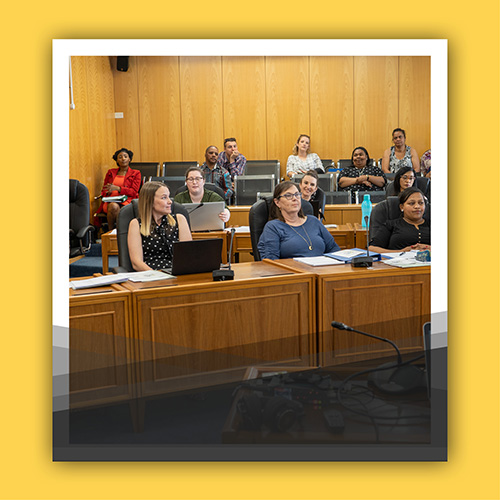 The purpose of the workshop is to build the capacity of social workers and social service professionals, government officials and civil society organisations to ensure that children who have been exploited – as well as children at risk of exploitation – are provided with effective and efficient services

WHAT IS CHILD EXPLOITATION?

According to the Guidelines, “exploitation” in relation to a child means all forms of slavery or practices similar to slavery, including debt bondage or forced marriage, sexual exploitation, servitude, forced labour or services, prohibited forms of child labour and the removal of body parts.

Four groups of child exploitation are identified: Child trafficking, the commercial sexual exploitation of children, child labour and child pornography (or child sexual abuse material (“CSAM”)). In reality, a child may be – and usually is – a victim of more than one “category” of exploitation at the same time.

TAKING A CLOSER LOOK AT LEGISLATION

The training focused on the relevant provisions of the TIP Act and Children’s Act, as well as the Guidelines.

The TIP Act deals with trafficking in persons and the Children’s Act with matters relating to children. The Guidelines set out good practice standards for social workers and social service practitioners who work with children. Its purpose is to ensure that the best interests of children are upheld according to international, regional and national legal and policy requirements.

Delegates learnt that understanding their roles and responsibilities, and knowing legislative definitions and requirements (however technical), are crucial in the fight against child exploitation. To ensure that delegates could fully engage with the material, there were opportunities for detailed discussions of specific topics in smaller groups, giving feedback and participating in interactive question and answer sessions.

Delegates also had the opportunity to listen to a range of presentations were also given by representatives from CFJ, the DEL, the FPB and the Centre Against Sexual Exploitation South Africa (“CASE SA”).

Mr Smit gave a general introduction of CFJ; its vision, values and work. This presentation included an overview of CFJ’s most pertinent work relating to the prevention and eradication of sexual exploitation. Ms Stander gave two presentations which focused on specific CFJ projects in more detail:

DEPARTMENT OF EMPLOYMENT AND LABOUR

Mr Mark Samuels – a Specialist Inspector (inspection and enforcement services) with the DEL in the Western Cape – gave an eye-opening presentation on “child work”, which included a look at the worst forms of child labour, and the Basic Conditions of Employment Act.

In the Western Cape, incidences of child labour are particularly prevalent on wine farms and fishing vessels.

Mr Samuels provided delegates with copies of the Guidelines for Acceptable Household Chores, which recognises the importance of playing and children “just being children”. Play forms a vital part of a children’s mental and physical development. Excessive household chores are detrimental to children’s best interests because it hinders optimal development.

FILM AND PUBLICATION BOARD

Mr Clive Borman – the Regional Coordinator for the Film and Publication Board in the Western Cape – gave an informative and attention-grabbing presentation on “child online safety”. Parents cannot afford to be ignorant of the dangers of the online world, which includes sexting, online grooming, CSAM and cybercrime.

CFJ and CASE SA have developed a programme specifically for parents. Our #ParentTalk: The Unspoken Epidemic (Children and Pornography) will educate, equip and empower you to keep your child safe from the harms of pornography.

Mr Smit introduced delegates to CASE SA – a newly launched organisation that is dedicated to eradicating pornography and other forms of sexual exploitation in South Africa. Mr Smit – who is also the Executive Director of CASE SA – provided an overview of its vision, mission, and projects. He also engaged delegates on the significant and devastating impact of pornography on society (in general) and children (in particular).

CO-OPERATION, COLLABORATION AND CO-ORDINATION ARE CRUCIAL

Delegates agreed that co-operation, collaboration and co-ordination are crucial to prevent and respond to child exploitation effectively. Child exploitation requires a multi-sectoral approach involving various role players, such as social workers, designated child protection organisations, SAPS, and the NPA. Each role player has their own mandate (roles and responsibilities) and expertise (areas of competence).

Delegates committed themselves to be actively involved in their local child protection forums, agreeing that existing structures need to be strengthened and new partnerships need to be established.

WHAT CAN YOU DO TO PREVENT AND RESPOND TO CHILD EXPLOITATION?

You can also play your part in preventing and responding to child exploitation.

While the prevalence of child exploitation is alarming and some of the discussed topic heavy, the atmosphere of the workshop remained hopeful. Delegates’ feedback was overwhelmingly positive. Not only did they express their gratitude for being able to learn more about child exploitation (and how to prevent and respond to it), but their also their eagerness to apply what they had learnt.

When we educate ourselves and others, raise awareness of these issues and equip those working in the field, we can and will make positive difference in the lives of our children. Together, we can prevent children from becoming victims of exploitation and we can respond appropriately and effectively when children have been exploited, bringing the necessary restoration to devastated lives.

CFJ is honoured to have co-hosted the workshop. We believe it was an invaluable training and networking opportunity, and we trust that it will be a catalyst for positive change in our local community.

WHAT YOU CAN DO:

How can you make a difference?

You can support this cause by:

BACK TO CAUSES
MAKE A CONTRIBUTION